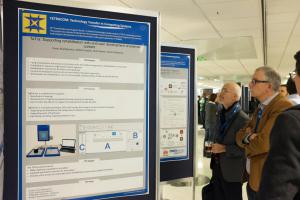 The mission of the TETRACOM Coordination Action is to boost European academia-to-industry technology transfer (TT) in all domains of Computing Systems. While many other European and national initiatives focus on training of entrepreneurs and support for start-up companies, the key differentiator of TETRACOM is a novel instrument called Technology Transfer Project (TTP). TTPs help to lower the barrier for researchers to make the first steps towards commercialization of their research results.

TTPs are designed to provide incentives for TT at small to medium scale via partial funding of dedicated, well-defined, and short term bilateral academia-industry collaborations that bring concrete R&D results into industrial use. This is implemented via open competitive calls for TTPs, whose coordination, prioritization, evaluation, and management are the major actions of TETRACOM. The project´s primary success metrics are the number and value of coordinated TTPs as well as the amount of newly introduced European TT actors. 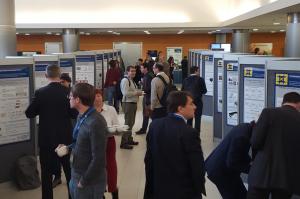 TETRACOM is running, or has completed, 50 individual TTPs in 6 different categories of ICT and computing systems, including e.g. communications and multimedia (12 TTPs), industrial automation (10), health (8), safety & security (5), automotive (5), and data analytics (10). The number of TTPs meets the initial expectation and clearly shows the existence of a European “technology transfer market” based on the TETRACOM model. The three open calls for TTPs received 107 proposals altogether, out of which 21 came from new EU member states. Across all TTP proposals, the company partners promised a total co-funding amount of more than 3.5M EUR, which indicates a significant “willingness-to-pay” for new computing technologies developed in academia.

Approx. 67% of all company partners are SMEs. Moreover, TETRACOM has become a “brand name” in the European academic computing systems community. Hundreds of participants attended the technology transfer workshops and events organized by the project, which proves a significant community mobilization and interest in transfer opportunities and mechanisms. Given a typical TTP budget of € 50,000 (€ 25,000 from TETRACOM + € 25,000 from the company partner), the Return on Investment appears really significant. Moreover, TETRACOM also acts as an ICT job catalyst. In many cases, academic researchers performing individual TTPs have subsequently been hired by the industry partner as part-time or full-time staff member. Furthermore, several TTPs are known to have led to start-up company foundations or concrete plans.